OFF THE BEATEN TRACK:
We caught up with the two masters behind
The Pie Room in the Holborn Dining Rooms –
Calum Franklin and Nokx Majozi.

Off The Beaten Track

After working together for over 7 years, CALUM & Nokx used their amazing talents and creativity to build the famous Pie Room.
These two know everything there is to know about pies. They are constantly pushing the boundaries and coming up with incredible new ways to make pies.

WHERE AND WHEN did you meet?

Calum: Back in 2014 we had just opened the restaurant and an old friend contacted me to say he had a chef who wanted to move on from his team but he wanted to make sure she went somewhere that she could flourish. We set up a meeting and I knew immediately that I wanted Nokx to join, she was a little shy but I could see there was a real talent there waiting to be unleashed. Seven years later and it was one of the best decisions I’ve made, we’ve worked all over the world together and watching her grow has been the most satisfying thing in my career to date.

Nokx: Working with Calum has been an incredible journey, I’ve grown as a chef under his guidance. We opened the Pie Room at the restaurant together 3 years ago and worked hard to centre it as the heart of what we do. He is the best mentor, teacher and someone who always wants to bring out the best of his team.

YOUR LIFE IN A NUTSHELL?

Nokx: Originally from South Africa, I am sous chef and senior pie maker at Holborn Dining Room at the Rosewood London. I live with my husband and daughter.

Calum: I’m from South East London and have worked in the city almost all my career (with a couple of years in Canada at the beginning). I live with my wife Shenali and spend anytime outside of piemaking and the restaurant driving her mad.

Where do you live and what do you love about that area?

Calum: I live in Maze Hill in South East London, just on the side of Greenwich park and it really feels like home to me, our neighbours all know each other and socialise together, I think it’s the first time I’ve experienced that after living my whole life in the city and my wife and I love it. It’s an area saturated with history and incredible architecture and I count my blessings all the time that I’m able to live here.

Nokx: I live in Pimlico, a beautiful area with an eclectic neighbourhood in the heart of Westminster. It has very quiet streets with 19TH century Georgian buildings. I love that it is a stone’s throw from the Thames and so close to everything central.

We spent time in Montreal cooking just before the first lockdown hit and it was one of the best work trips I’ve ever been on. The people there have a deep, loving connection with food and culture almost revolves entirely around it.

Are there any secret spots you can share with us?

Calum: Just up on Royal Hill outside of Greenwich town centre is the most amazing collection of shops quietly tucked away. An amazing fishmonger, butcher, cheese shop and greengrocer all lined up on one part of the road and I love strolling over there to buy as much as I can afford!

Nokx: In Pimlico I spend a lot of time in Winston Square garden which is a lush green space that feels enclosed and full of history and Pimlico Fresh café for the best brunches.

Nokx: We are now enjoying the full force of Spring which I think is the most exciting time for British produce, we are loving the broad beans, peas, asparagus and to be honest I think the extra rain we’ve had recently has just made all of that better!

Did you start doing anything differently during lockdown?

Calum: We wanted to work on a way of giving back to the NHS workers who sacrificed so much during that extremely difficult period at the height of Covid. We didn’t want to just send in meals, at the time it looked as if every restaurant in the UK was doing this and there was a little oversaturation so instead we created a local project with Drings Butchers in Greenwich. They would provide us with the meat to make pies here at the hotel that would then be sold at the butchers with all proceeds going to the local hospital to buy the staff something nice. That project then grew to be a larger local business project with Paul Rhodes bakery providing us with puff pastry, The CheeseBoard providing butter, Brockley brewery sending beer for ale pies (I promise) and it kind of summed up that first lockdown to me, people were connecting in a positive way they hadn’t before, despite not being able to physically. 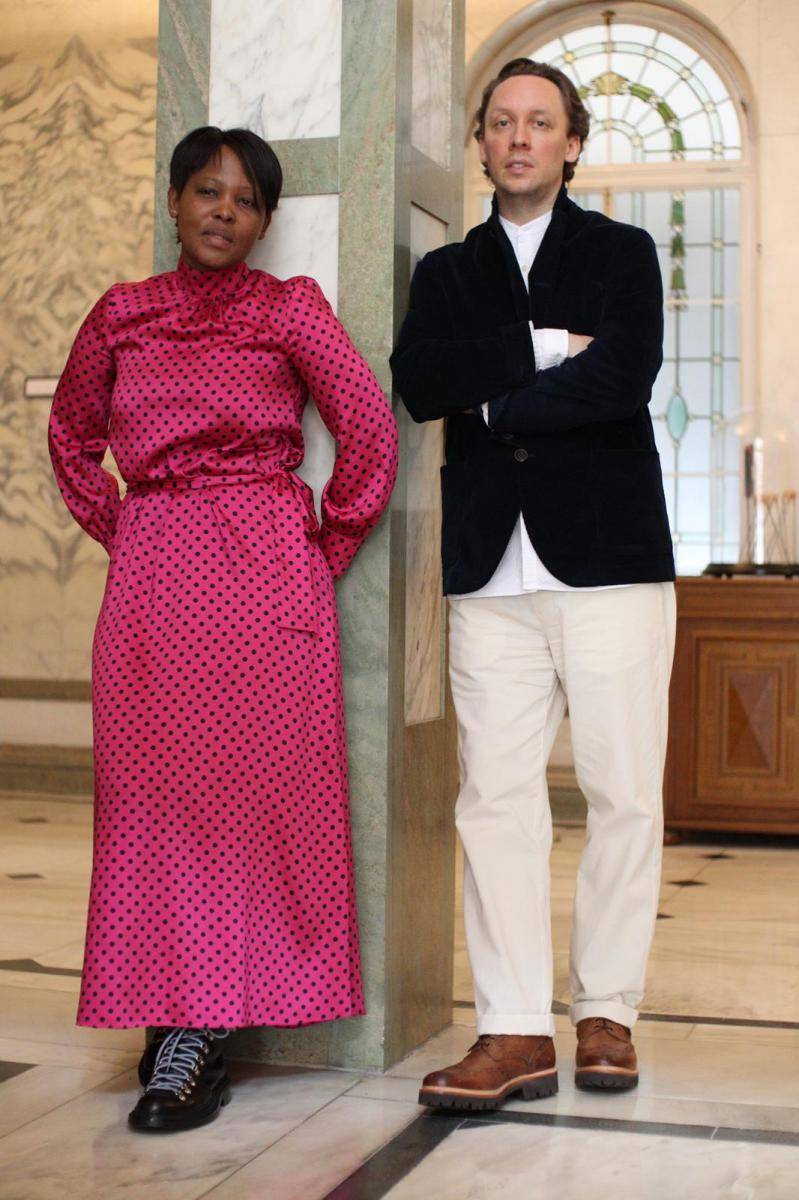 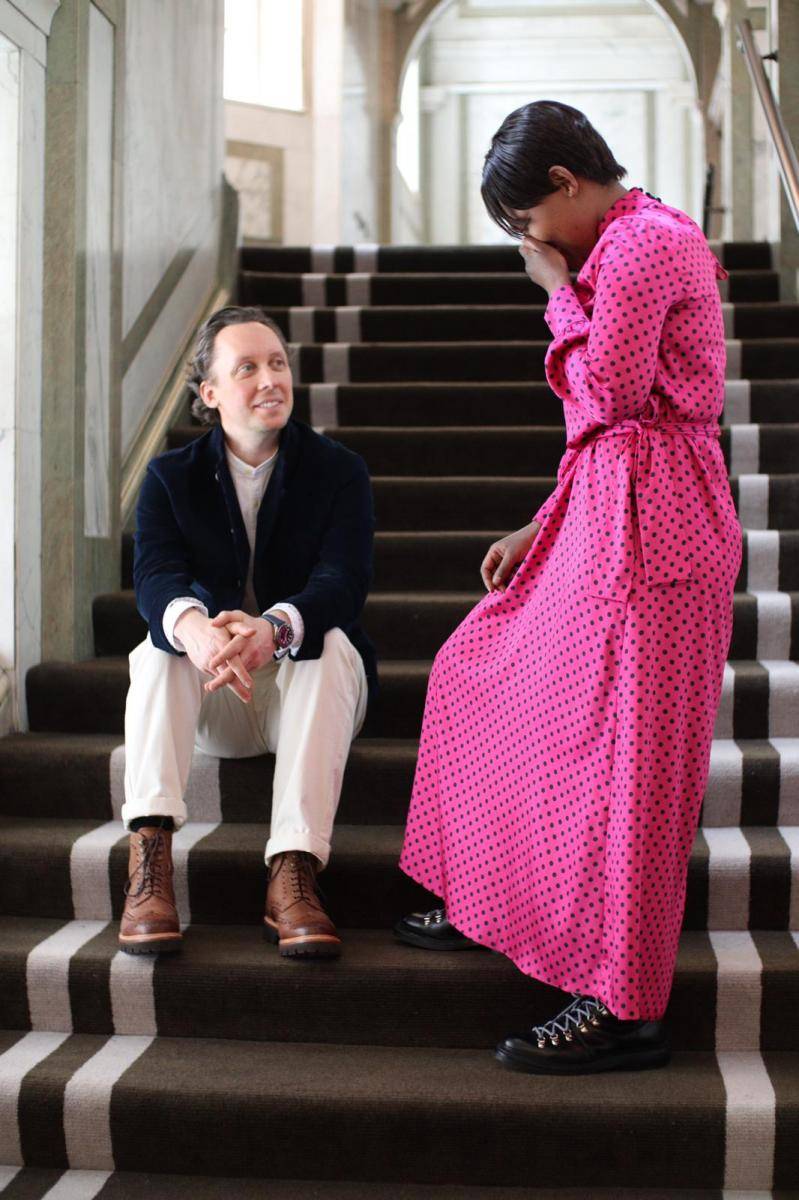 Apart from your own of course, what and where was the best pie you have ever had?

Calum: I’m not going to say one within the UK as I’ve had so many wonderful pies and I would never want to upset someone by not saying theirs but in Paris I had a pie at Arnaud Nicolas on Avenue de la Bourdonnais that was nothing short of sublime. It was a charcuterie’s pie, so lots of different meats and fats in perfect pastry, just utterly decadent, rich and unctuous and I had to have a nap afterwards

Where do you take your inspiration from?

Calum: It can be from different places every day, although I think my mainstay for design inspiration is architecture in London. I love connecting what we do directly to the history and environment that we are surrounded by and we try to do that through endless sketches leading up to a pie design . Sometimes inspiration comes from sources that you wouldn’t necessarily link with pie making though, it could be anything from the stitching on a garment to feathers on a bird’s wing.

If you could open a restaurant anywhere in the world, where would it be?

Nokx: Cape Town in South Africa, I love that city!

Calum: We spent time in Montreal cooking just before the first lockdown hit and it was one of the best work trips I’ve ever been on. The people there have a deep, loving connection with food and culture almost revolves entirely around it. I would love to have a place there one day although I would have to get my head around the cold first, it’s pretty brutal.

Where do you hang out off duty?

Calum: I can’t wait to go back to the cinema, that’s a huge passion of mine. Sneaking in a tub of hazelnut and pistachio ice cream from Gelupo to watch an obscure film at the Curzon in Soho, yes please I can’t wait any longer.

Nokx: I work my way through the restaurants in Soho with my daughter and friends, just a huge range and choice there with so much quality.

Kitchen tunes of the moment? What 3 tracks should we add to our Spotify playlist?

Nokx: I’m loving The Promise by Kenny G, Corps by Yseult and House by Black Coffee

Calum: Our collection is pretty eclectic! An artist I’ve listened a lot to recently is Sampa the Great who has a song called Freedom which gives me life. The Limit To Your Love by Feist is a song I can listen to back to back for quite a while and Holding On by Tirzah very much the same. I also want to take full credit for getting Nokx into Yseult. 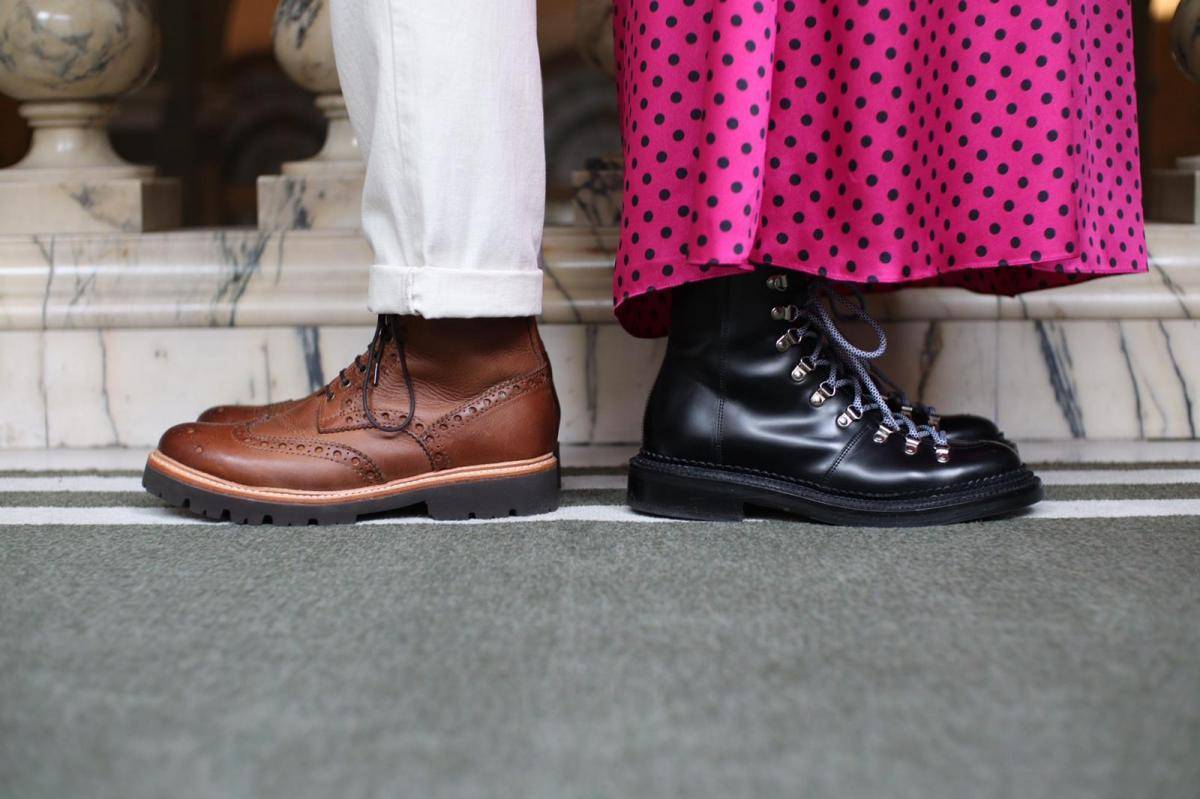 What’s your favourite drink to have with a pie?

Calum: Ah that’s really tough to nail down but recently I’ve loved Shuggie Bain by Douglas Stewart, My Sister, the Serial Killer by Oyinkan Braithwaite and Dirt by Bill Buford.

Calum: Thirst, I think this was the film that got me addicted to Korean cinema when I first saw it. A Prophet, despite it being 2.5 lours long I was genuinely upset when it ended and wanted that film to just carry on forever. Uncle Buck, I probably watched that film a hundred times with my brothers when we were kids, the world misses John Candy.

Calum: I enjoy How to Fail by Elizabeth Day, there have been guests on there who truly open up about difficult, often awful things, I was addicted to Serial when it aired and listen to Athletico Mince by Bob Mortimer and Andy Dawson whenever I’m down, then its tears of laughter instead of sadness.

Who would be your top 3 dream dinner guests, dead or alive?

Calum: Larry David, Jeff Garlin and Richard Lewis. Just sit back and watch them be mean to each other.

The big question: what is your favourite pie and why?

Calum: Hot pork pie. Just the most incredible pub food and is a good contender for best British dish ever.

Nokx: Dauphinoise potato and Comte pie, it was one of the very first complex, detailed pies that I learned to make and genuinely “was love at first pie”.

Get the latest updates on new products and upcoming sales